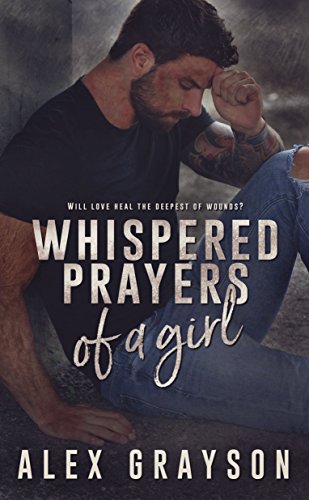 Find it on Amazon!

Alex Grayson was the 2nd Indie author I discovered when I signed up for Kindle Unlimited earlier this year (maybe last year?! I’m horrible with time.) I read Always Wanting first, and enjoyed it and went looking for other books. I then read The Jaded Series. The Jaded Series fucked me up. Like, that was the first Romance genre books that I’d read that had any kind of darkness to them. I started reading romance novels in 2001. My grandma and mom had always read Harlequin, and then I started reading them. Until Alex, I didn’t know that dark romance was out there. She changed my life. I love both my Rom-Com’s and the Dark Side. Have I ever mentioned that I’m a Libra? hahaha. The Jaded books were some of the ones that I lost my reviews of when Amazon took me out. I wish that I had posted reviews on Goodreads as well, but I hadn’t, so they are lost. I’m sure I’ll read them again, and when I do I’ll do a post about them then.

When I saw the banner for Naughty Nashville, I noticed Alex’s name right away, and that’s why I bought a ticket. I was super excited! So, I got to meet her and fan girl. She’s super nice and listened to me babble. Isn’t that nice, when you want to meet someone and it just goes good? 🙂  — This post is not me reviewing Alex. I wish that was socially acceptable to do. If when you met someone you could type their names in an app and see reviews other people have posted of them. Sort of like a Yelp for people. Pelp? hahaha

Whispered Prayers of a Girl. That’s why we are here. It is such a good book!  – While *I* wouldn’t call this “dark”, based upon some of the stuff I’ve come across lately, it’s not a light story.

Gwendolyn has lost her husband and moved her and her two kids to Cat’s Valley hoping a change of place would be a new start for them. She meets Alexander, who has lost his wife and child, and has significant burns to his body from the accident. Gwen and the kids end up staying with him for a few days, and it opens a path for healing for all of them. This is a story about loss and healing. It is also about forgiveness and the things that we blame ourselves for. It’s much easier to forgive someone else than it is to forgive yourself – even if there’s nothing that could have been done differently.

There is a lot of back and forth from Alexander, which makes me want to smack him sometimes, but that’s him not wanting to get hurt and his fear of hurting someone again. There is also a hot dry-humping scene. I’m not sure why it’s called dry-humping. I’mma have to look that up!

Pick up the book! Read it! It’s so good! Then, you can find Alex on facebook, Amazon,  and Goodreads. You’re gonna want to read all her books!