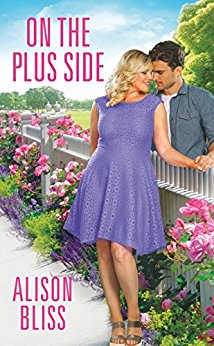 This is Book 2 of the ‘The Perfect Fit’ Series. The First one Size Matters – Alison Bliss was great. This one did not disappoint!

I love  “friends to lovers”, “enemies to lovers”, and “brothers best friend” books. This one had all 3. And was plus size friendly – again without the fetish. Everything about this book made me happy! 🙂

Logan has just moved back into town and him and Valerie (who we met in Size Matters) is his best friends little sister, and sparks fly. Valerie makes a list of Sexy things that she’s not interested in. Logan finds the list and thinks it’s a bucket list, so he sets out trying to check things off for her! All while keeping it a secret from Brett, Valerie’s brother!  It really is hilarious and sexy. And Logan. Damn, Logan! ❤  I was actually really sad when I was done with this book because I really enjoyed it! 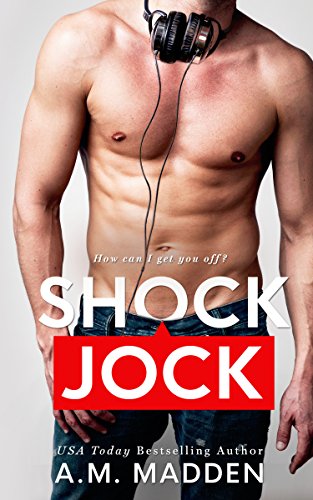 Find the audiobook on Audible

And here’s the book on Amazon

This was the first book I read (listened to) by A.M. Madden. I really liked it. While I was looking up the book on Amazon, it’s actually listed as ‘Shock Jock – A Lair Novel’. Vaughn has a cousin who is a rock star who makes an appearance in the book. Turns out, there is a whole series about that band. So, this is a spinoff.. Sorta… I did not know that, and the way that it was worked into the book, I wouldn’t have known had the title on Amazon not gave an indication. So, for those who have read the 4 books in The Back-up Series, this will be a nice cameo. I will have to put those at the top of my “Books to read by A.M. Madden” list. If you haven’t read any of The Back-up Series, it’s way okay. I hate anything that is part of a series or spinoff, not in order. I always feel lost. That was not the case with this story!

I love a good friend to lovers romance. And enemies to lovers too, if you must know. This was great! Not only are Vaughn and Haven best friends, but she is his assistant. He is a radio sex therapist – Think a hot Dr. Ruth. It was sweet listening to Vaughn realize that he was as interested in Haven as she has always been in him. And, in fact, once he realized he was into her that way he jumped in with both feet. Haven? Not so much. I mean. Maybe if you’re in love with your best friend for 10 years and work with them, perhaps you’re overwhelmed a bit. And while she didn’t go so far as to whiny about not telling people they were together and not believing that he was into her, she was close and sometimes I wanted to smack her. Ha.

Haven has a secret. I figured out her secret from the very beginning. So, I assumed some of that was because of her secret. Still irritated me. Ha.

Lets talk about Tor Thom’s voice. Damn. He gives me goosebumps. This is the first book I’ve listened to by him and by Charley Ongel. I will have to listen to more! I usually listen to book while I’m in the van waiting in carline to pick up my kids, and some days I was finding myself leaving the house a little early so I’d be in line longer to hear more. I was impressed with both Tor and Charley having several different characters who were interacting with each other having totally different voices. I’m always amazed when I hear good talented narrators.